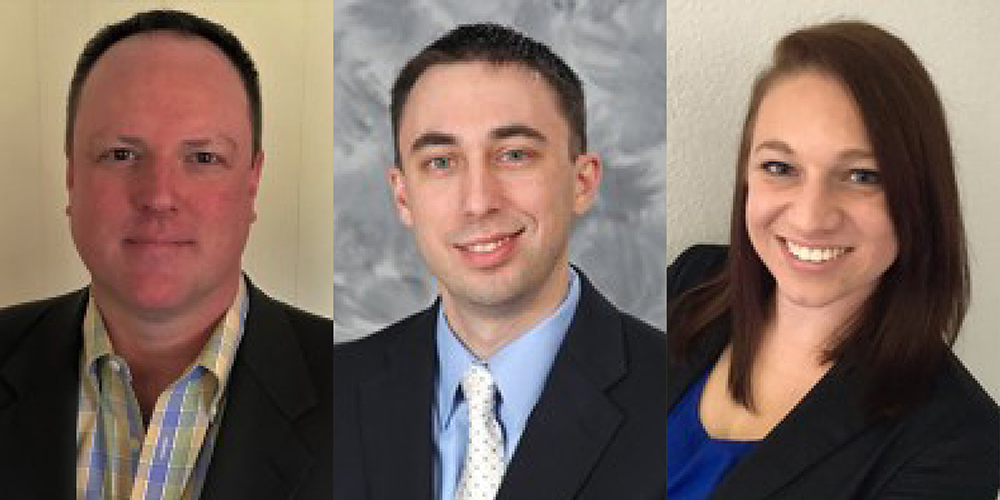 2022 ushers in a new chair and new members to Ranken Jordan Pediatric Bridge Hospital’s board of directors.

Betsy Prosperi has assumed the role of board chair after serving on the board for more than 20 years, most recently as vice chair. Prosperi joined the Friends of Ranken Jordan in 2000. She soon became president of that board and developed numerous events to raise funds for Ranken Jordan. Ultimately, she was asked to join the Ranken Jordan board. Her experience with the hospital was invaluable in creating the vision for the facility expansion in 2018.

Prosperi is a graduate of University of Missouri-Columbia. Her husband, John, also serves on the Ranken Jordan Board.

The new board vice chair is Nick Williamson, a partner at Bryan Cave Leighton Paisner LLP. Williamson has been a member of the Ranken Jordan board of directors since 2012.

In 2014, Williamson was recognized on the Rising Star list, a distinction given by Super Lawyers for top up-and-coming attorneys age 40 and younger who have been in practice for 10 years or less. Williamson also was an adjunct professor of law at Washington University in St. Louis for five years. He graduated in the top 5% of his class at Washington University School of Law and received the Honor Scholar Award and the Award for Excellence in Oral Advocacy among other awards.

An Eagle Scout, Williamson received his bachelor’s degree in materials science and engineering from Cornell University where he was on the Dean’s list. Prior to his role at Bryan Cave Leighton Paisner, he was an associate at Jones Day in Washington, DC.

New board member Eric Ham is a proposal manager in business development for World Wide Technology, one of the world’s leading supply chain and systems integrators. He brings a wide range of experience to the board including sales, communications, marketing and team motivation. For 13 years, he worked for Amdocs Limited in roles of progressive responsibility where he was recognized as the 2012 Amdoc Sales Contributor of the Year. The published poet also worked as a developmental editor for Elsevier Science to develop nursing textbooks among other projects.

Ham has a bachelor’s degree in English with a minor in history from University of Missouri–Columbia. He also completed a two-year Creative Writing Program. Active in several organizations, he is a member and certified barbecue judge for the St. Louis Barbecue Society and the Kansas City Barbecue Society.

After serving on the Ranken Jordan Young Professionals board since 2015, Jacob Risk, RD, is now a fully appointed Ranken Jordan board member. Currently, Risk is the director of clinical nutrition at Lutheran Senior Services. Prior to joining Lutheran Senior Services, Risk was director of food and nutrition at Sodexho CTM and a clinical dietitian at St. Elizabeth’s Hospital. Risk is a graduate of Southeast Missouri State University with a bachelor’s degree in dietetics.

Megan Ottomeyer, DO, MS, is the new Ranken Jordan Young Professionals Board president and will serve as representative of the group on Ranken Jordan’s board. She is a neonatology fellow physician at SSM Health Cardinal Glennon Children’s Hospital and is a member of the Medical Staff Leadership Council there.

In addition to the board members who joined in 2022, Bill Willhite, former board member and chair, was appointed Emeritus Director in August 2021. Bob Pritts, David Hatfield, and Mike Hart also joined the Ranken Jordan board in August 2021.