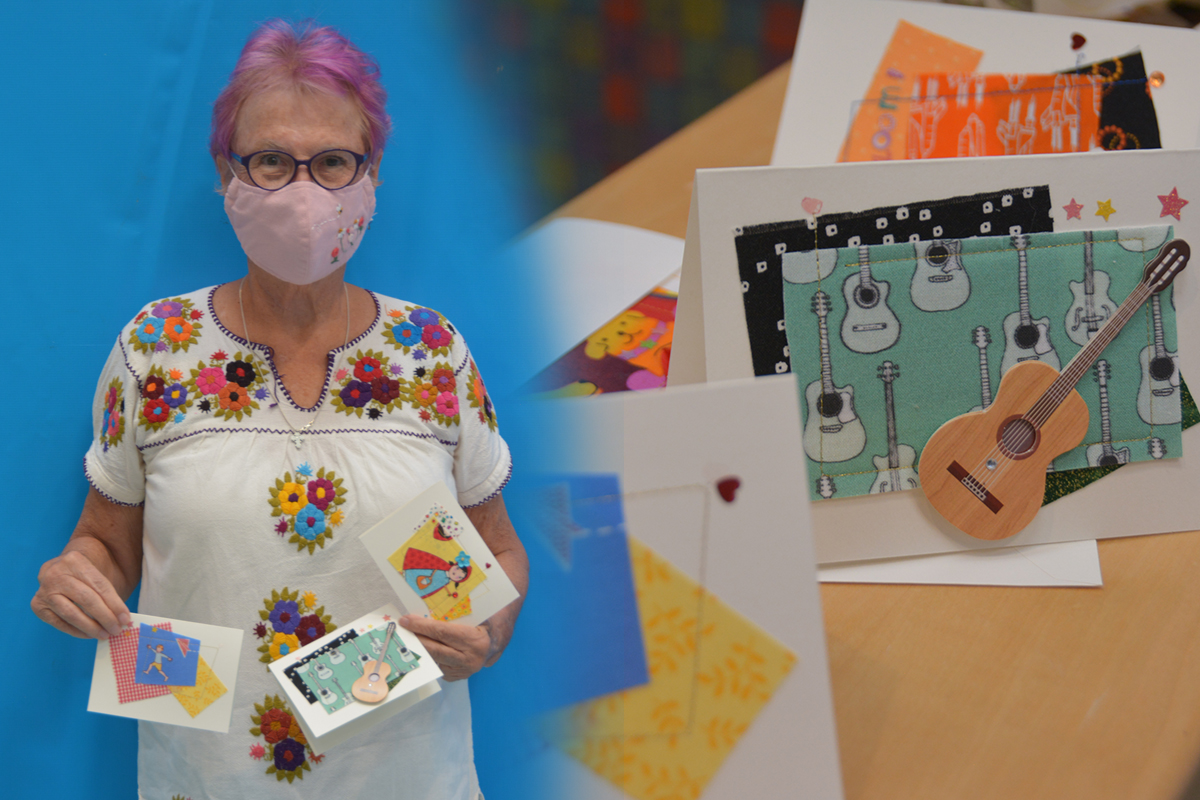 Like every teenager of every generation, 15-year-old Barbara Andrew’s social life was her primary focus in 1964.  Then, just as she had begun enjoying the fun of being a high school freshman, her health took a turn.

Extreme pain and stiffness in her joints derailed the active teen. Over a three-week period, Barbara lost the ability to open and close her hands and she developed a limp. Exhaustion overwhelmed her.

In January 1965, she was admitted for a three-week hospital stay where she had physical therapy twice a day. Since she still wasn’t ready to go home, her doctor recommended she receive extended care at what was then known as Ranken Jordan Home for Convalescent Crippled Children. The home was founded by Mary Ranken Jordan in 1941 to care for children suffering from polio and bone diseases.

The home later evolved to become the nationally recognized Ranken Jordan Pediatric Bridge Hospital. A bright modern facility was built in Maryland Heights in 2004 and recently expanded to care for 60 children with complex medical needs from all over the region.

While Ranken Jordan has grown and expanded its capabilities, its focus on letting kids be kids remains.

“When I was a patient at Ranken Jordan, the staff made it a priority to keep us active and learning while receiving the care we needed,” Barbara recalls. “They also gave me art supplies because they knew I was an art person.”

Although her condition was mild compared to some children at Ranken Jordan who were in wheelchairs, casts and braces, Barbara’s perspective and her life were forever changed, she says.

“I was only there for three weeks, which was brief compared to other kids who were there longer for much more complex medical conditions. But the days spent at Ranken Jordan have had a profound impact on my life.”

Perhaps the biggest impact was on her education. In the early years of Ranken Jordan, patients were entitled to receive a college scholarship thanks to a special fund established by Mary Ranken Jordan who wanted to help children have a better life.

“The three-week experience I had at Ranken Jordan gave me the opportunity to get well physically and then gave me the opportunity to go to college, which in turn afforded me the freedom to make choices I wouldn’t have had otherwise,” Barbara says. “Because of Mary’s generosity, I was given a full ride to college with my tuition, room and board, and my art supplies covered.”

Always a Kid at Heart

With a deep-rooted love and talent for arts and crafts, Barbara became an art teacher and has spent her career teaching kindergarten through high school ages. She is also a well-known clay and fiber artist in the Knoxville, Tennessee, area, and, fittingly, has led an art workshop called “Recovering the Creative Child Within.”

Today, at the age of 70, she has never outgrown her sense of play, as proven by the spirited streaks of hot pink running through her hair. “We always need play and creativity in our lives,” she says.

Barbara has maintained a connection to Ranken Jordan over decades.

She toured Ranken Jordan in the 1970s in the original facility where she had stayed and again in 2008 in the new facility built in 2004. Each visit, the experience moved her. “It was meaningful to see the kids and all the activities available,” she says. “If I was a patient here now, I would be in the pool or in the art room. It’s good to come back here.”

Sharing the Art of Gratitude

In recent years, Barbara decided to give back to the place that made her feel safe.

“When I came into a small amount of money in 2019, the first thing I thought of was expressing my gratitude for all Mary Ranken Jordan had done for me so many years ago,” Barbara says.

But her generosity didn’t end there.

Her creative talent combined with 55 years’ worth of gratitude led Barbara to handcraft more than 100 unique cards for the staff and children at Ranken Jordan. She hand delivered them in September 2020—the year when we needed kindness and positivity more than ever.

Choosing just the right playful fabrics, paper, doodles and details, Barbara spent two months lovingly designing and stitching dozens of cards. Each one is signed “From your friend, Barbara” on back.

“I thought about what I can offer to thank the staff and bring happiness to the kids,” Barbara says. “A card is something accessible, something to hold. Making these cards brings me joy. I have a special place in my heart for these kids.”

The card project came during a particularly painful period when her psoriatic arthritis had flared making it difficult for her to walk or use her hands at times.

“I have come full circle,” Barbara says. “I came to Ranken Jordan when my arthritis was just beginning as a teen and now I have the chronic effects of it. So creating these cards was very healing. This is a gift of gratitude that is long overdue.”

Inspired by a Generous Spirit

When she and her husband, Tim, delivered the cards to Ranken Jordan, they toured the facility with Nick Holekamp, MD, chief medical officer and vice president.

On the tour, Barbara met a recent high school graduate who was in the gym for outpatient therapy. He was a former inpatient who told Barbara how much he loved Ranken Jordan. While decades separated their patient stays, they both agreed Ranken Jordan was a special place.

“Mary Ranken Jordan’s spirit is alive in the way the staff cares for children by keeping them active and engaged,” Barbara says. “The mission is still there.”

Barbara’s husband sees the spirit of Ranken Jordan in his wife, too. “Despite her pain and other obstacles, she is always determined to get up and move. She is always an inspiration, just as many of these kids at Ranken Jordan are today.”